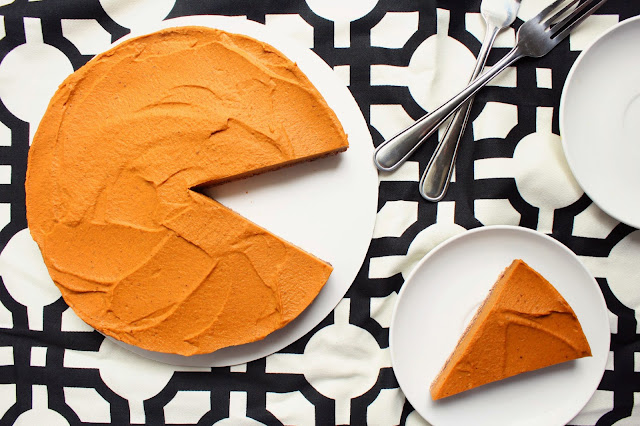 You know what I think? I think that pumpkin should be enjoyed every season of the year, and not just during the Fall. Sure, we should eat seasonally when possible, but how many of us actually abide by that year round? It's obviously something I'm conscious of, but hey, sometimes I just want a pineapple in the winter! Pumpkin pie was always my favorite dessert around the holidays, and I think it's silly to only enjoy this warming dessert a few times a year. Especially since, this year, I didn't eat anything at Christmas or Thanksgiving dinner. I had just started the AIP protocol, and nothing my family prepared was allowed on that diet. So, last week when I made the Best-Ever Lemon Tart, the crust turned out so good that I had to experiment with some different fillings. Pumpkin was the first thing that came to mind. Pumpkin and cinnamon are both just incredibly warming and comforting flavors. It's snowing here in Arkansas, and I needed that. I have many more ideas for Autoimmune Paleo legal fillings floating around, and I can't wait to share them with you guys! This pie is also GAPS and SCD legal! 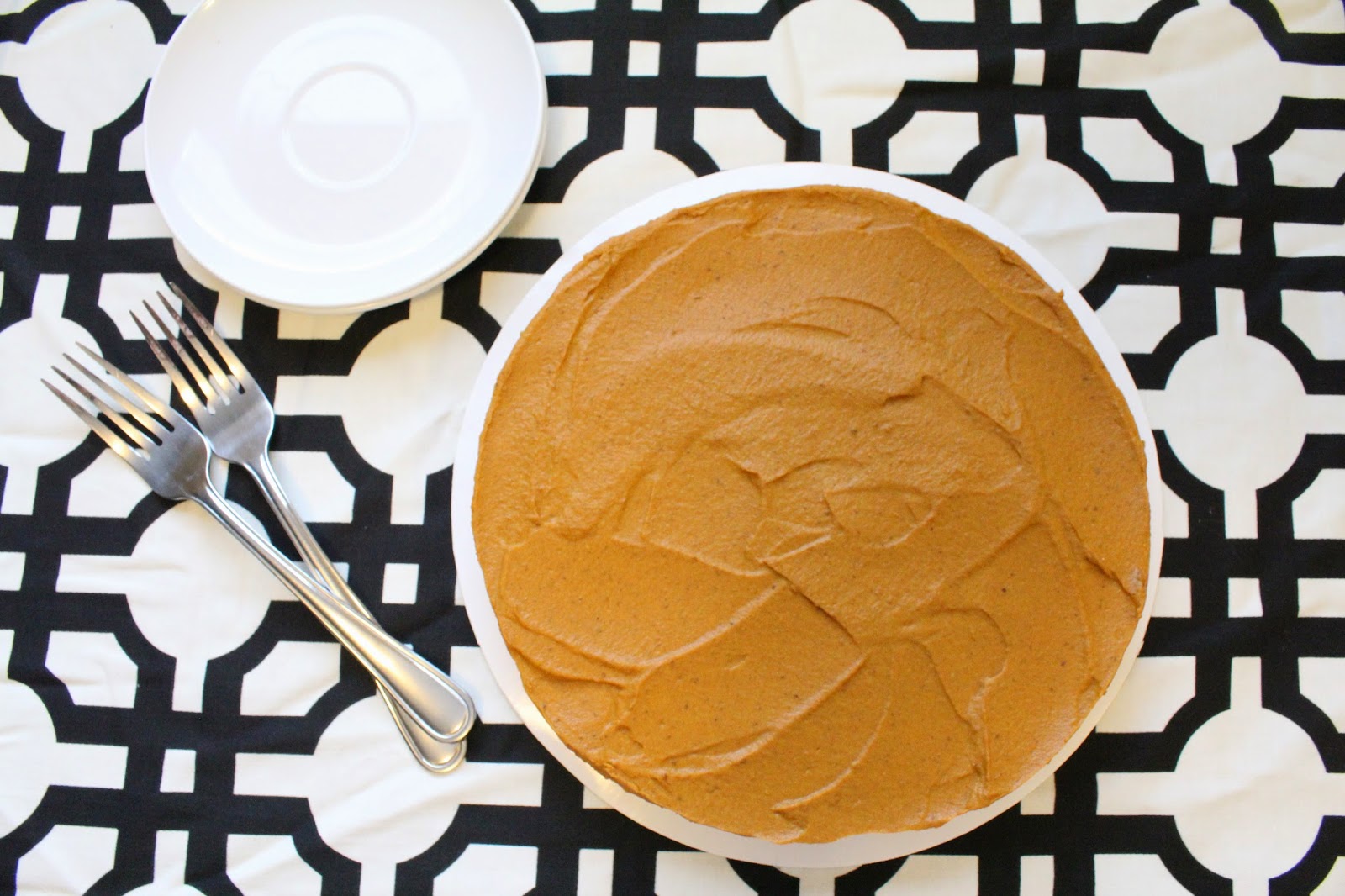 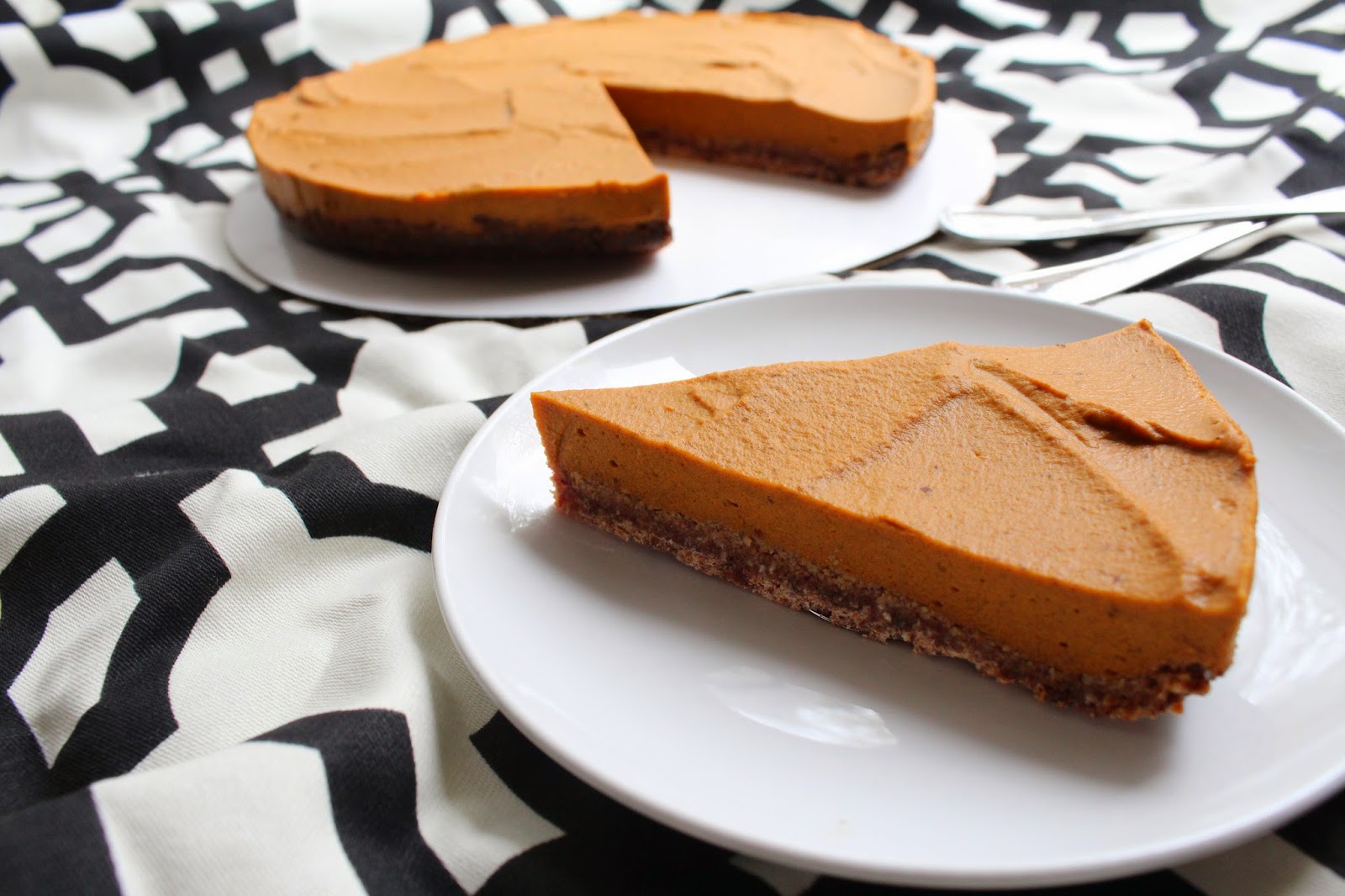 For the filling
1. Preheat oven to 325. Start by softening your dates. You can do this by steaming them over boiling water for about 5 minutes, or soaking them in water overnight.

2. In a blender or food processor, blend your shredded coconut. Continue processing, or blending, until the coconut has made an oily paste. After it has reached that consistency, you can add 1 cup of your softened dates. Blend until a thick, oily dough has formed. Press mixture into a pie dish or spring form pan, and bake for 25 minutes- or until the crust starts to brown.

3. While your crust is cooling, add pumpkin, remaining dates, ginger, clove, and cinnamon to a blender or food processor. Blend until smooth.

4. In a small pan, heat coconut milk on medium heat. Coconut milk will add an extra bit of creaminess to the filling, but it isn't necessary. Add gelatin, and stir it in completely. Heat until it begins to simmer, then turn off burner. Your coconut milk should start to thicken slightly. Add the gelatin mixture to the pumpkin mixture in blender, and combine.

5. Pour filling into crust, and refrigerate. Your filling should be set within 3-5 hours. Cut, and enjoy! Try using a hand mixer to whip the fat from a can of coconut milk to make a "whipped cream" topping! 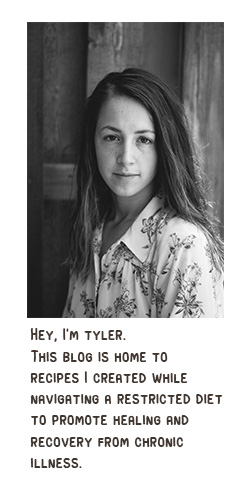